Writers are told to write about what they know. Sounds easy enough, except I had not traveled the world or had an interesting job or ran a brothel or committed murder. What could I possibly know that would appeal to readers? Well, I know about babies and pregnancy. I know that upfront and personal. I gave birth to four children in five years and at the time of writing Maternal Harbor, I had ten grandchildren. Okay, I thought, how can I make that into a story that readers would like. They like suspense. So now, I had two ideas. Babies and suspense.

What else? I know about Seattle and Montana. Now I had two settings.

I know about fear. Will my children grow, be safe, love each other, learn, and make their own way?

These thoughts were the earliest concept for Teagan and her friends. I also know about friendships, how they form and grow into dependence on one another. My core group is my golfing buddies, who cheer me on.

So the idea was born.

Picking out the names for the make-believe babies was worse than picking out names for my own children. My poor daughter was not named for two days. My husband and I could not agree. Finally, he said, “Okay, you pick out the first name and I’ll choose the middle.” That was fair, after all, she was my daughter and I should get the first pick. I chose Deanna. He chose Lynn. She never liked her name.

It is the same with a story. Some will like what you write, others will not, yet it is an accomplishment not too much easier than giving birth. The pangs are real, hurtful some times. But when a reader writes and lets you know how much the story meant, that overcomes any disappointment in creating a book. And fifty-one years later, my daughter concedes her name is okay.

So I shall write another book, but what do I know about. I still have not run a brothel or committed mayhem, but I know about the years past middle age. I know about retirement. I know about widowhood. And I still know about friendships. And I know my valley.

My new idea is born. 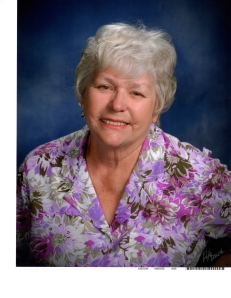 2 thoughts on “An Idea Was Born”