For a long time I hated to see July come around. And not without reason! July was the month for romantic train wrecks, family deaths, serious accidents, just trouble in many arenas. Then I met my husband who scoffs at superstition. In a burst of confidence in our relationship, I agreed to be married in July. We’ll be happily celebrating our ninth anniversary on the 30th of this month, so we triumphed in breaking the curse.
Now that gloom has vanished, I see that sunny July is really a month for kids – or the child in each of us. Fireworks are just plain irresistible. So are hot dogs and parades and red, white, and blue desserts. Add pretty much anything legal we can do on clear summer nights. And, always, reading.
This year I looked for anything fictional having to do with the American Revolution. There are scads of children’s books and YA novels, but hardly anything written for adults. I wonder if we perceive the Colonial Era as a simpler time, so simple any child could understand it and then move on. I turned to the movies and found the same thing. I did watch John Ford’s Drums along the Mohawk with Claudette Colbert and Henry Fonda, still good to see. I’m waiting for the children’s film, Johnny Tremain, which Netflix tells me will involve a long wait.
I believe our forefathers and women such as Abigail Adams were complex human beings. Somebody out there, fill the void. Write us a Revolutionary War story or at least a Colonial Era novel for literary fiction readers.
I’d welcome it in a place of honor on my bookshelf.

There are two seasons in NW Montana: winter and construction.
July is the first month of construction, aka glorious summer—quite a jolt to our economy and to the locals’ daily life. The temperatures warm enough to permit road repairs, and all the work must be done in a hurry. Meanwhile, walking-jogging-biking-hiking tourists flood our small town until the end of August. My home town is your vacation destination.

I like to watch summer visitors from a deli with a window-facing counter onto Central Avenue. Visitors saunter past within arm’s reach. Young parents herd small children, reminding me that disturbing a little person’s routine on vacation can be a hassle for the whole family. Small groups of women schlep shopping bags with logos from familiar shops. I recognize myself among them, driven to find the perfect earrings in each vacation spot. I wonder at the outfits they will pair with Montana-made bead and bear earrings back in Connecticut or more likely Los Angeles.

Retirement age couples tend to stop on the corner to spin in full circles, taking in rustic storefronts, fluttering USA and Canada flags, and lush petunia baskets hanging from quaint lampposts. I’m fascinated by the couple-ness of the older crowd. Given their ages, they’ve experienced joys and tragedies and everything in between—together. They approach my window in the cool shaded sidewalk of the deli displaying a choreographed dance of stop, go, twirl, wait on the other, switch places, tap on the elbow, share a quiet word. They are on vacation with hopefully no worries other than choosing between the veggie wrap and chicken salad on whole wheat bagel for lunch. Life is good in NW Montana.

Things to love about July… 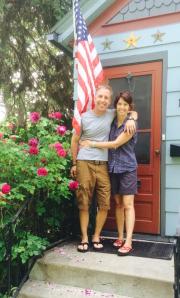 The kind of sunny heat that finally warms winter bodies.

Coming back from camping and discovering a renewed appreciation for indoor plumbing.

Beach reads to be savored on the beach, on the couch, in the shade of the backyard… 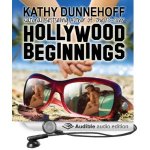 I have a large American flag mounted on the southern deck of my house.  We live in the mountains so nobody sees it except family, but that’s okay. I like watching it wave in the wind. Sometimes the wind whips the flag up and it gets wrapped around the pole. In the past, I’d run outside, take down the flag, and unknot it so it could once more fly free in the wind. An hour later, the scene would repeat itself. Some days, I’d make five or six trips outside to untangle the flag.

A few years ago, I was in a car accident and ended up with a broken ankle. The first month I was home, I was in a wheelchair. That’s when I noticed a funny thing about Old Glory. The flag got tangled up as usual, but because of my broken ankle, I couldn’t go outside to untangle it. Later that day, I noticed the flag flying free again. I watched the flag closely for the next month. Some days, it would get so wrapped around the pole that I thought it would never get untangled by itself, but it did. Sometimes, the flag would stay tangled up for days at a time, but eventually, it would work its way free and fly high and proud once more.

The actions of the flag serve as a perfect metaphor for what’s going on in our country today. Everything seems tangle up. Fear whips us into such a frenzied state that we’re willing to trade constitutional rights for an elusive promise of safety. Newscasters tell us we’re a country split in half. Blue against Red. Democrat verses Republican. Pro Choice verses Pro Life. Conservatives against the liberals. Hawks against Doves. The list goes on and on. Can such a snarled web ever be untangled?

In the 50’s, we got twisted up in McCarthyism and the Cold War. In the 60’s, Americans were divided over segregation and civil rights. In the 70’s, we struggled with Vietnam, Watergate, and the resignation of a President. As a country, we were as tousled as that flag, and at the time there seemed no way to get beyond the forces that divided us.

We eventually discovered a way to untangle ourselves, to make peace with our neighbor, and to fly proud and free again just like Old Glory. Throughout our history, Americans have always pushed through the fear to come back to our roots and to the basic principles of individual freedoms and justice for all. After watching that flag and reviewing our nation’s history, I’m sure in time we’ll do it again.

Have a wonderful 4th of July and remember that while today can be a festive holiday for us, it can be a frightening time for our pets. Please take precautions to keep your pets happy and safe over the holiday weekend.

I have two thoughts on July 4th.

One of the best memories of my childhood occurred every year on the Fourth of July. The University of Denver set off spectacular fireworks that could be seen for miles. We did not park the car along the old Valley Highway or in the University Hills Shopping Center parking lot to view the show. My family climbed onto the roof of our post-war bungalow and stretched out on the still warm shingles in the cool evening to watch the fireworks shoot over our heads.

My husband returns from a 10-day raft trip in Idaho this July 4th. I’m writing this during the six days in which we have no phone or internet contact. Good grief! My daughter spent a year in Afghanistan, and thanks to satellite phones, we chatted every few days. I’ve spent most of my life without cell phones, Google or Twitter, so radio silence with my husband seems oddly peaceful before the storm.

I look forward to The Fourth. He’ll have a week’s adventures to share, and so will I. He doesn’t know: Old friends from Dallas showed up in town after four years; I dressed and arrived at a neighborhood party that wasn’t; I figured out the sprinkling system and he didn’t have to worry (because I know he has); his absence allowed me long uninterrupted hours for launching my second novel; and absence really does make the heart grow fonder.