Since my roomy at the Historical Novel Society 2017 North American Conference, Janice McCaffrey, has written about sessions she attended, I’ll continue the thread.

Libbie Hawker, a young writer I admire both for her talent and prodigious output, was to moderate a panel discussion listed as Historical Fiction through a Pacific Northwest Lens. Emphasis was on the region as our last frontier. 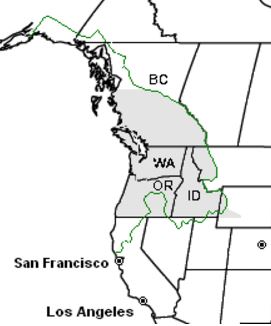 Since NW Montana as part of the Inland Northwest is a sort of cousin to the Pacific Northwest states only without a coastline, I decided to attend. A former member of Kalispell’s Authors of the Flathead, Janet Fisher (A Place of her Own, and The Shifting Winds) presence on the panel became another incentive. Additional speakers were Kirby Larson (Hattie Big Sky, the Audacity Jones series, and others), and Janet L. Oakley (Tree Soldier, Timber Rose, and Mist-Shi-Mus).

Panelists first addressed how curiosity about their region determines what they write. It also leads to sources chosen for research. These include Metzger maps, documents such as deeds, historical societies, old letters, and professional historians to interview. The list also included early regional newspapers. As an aside, Oakley reminded us when we’re researching online, to look for sites ending in edu or org. Also, in order to save later grief, for every source record its date and where you found it.

Kirby Larson also spoke to the special temptations of using everything you’ve found in research. She once wrote an entire chapter on how to bake bread in a wood stove. As Janet Fisher said, of historical fiction, “The background is the brush strokes. Give a sense of your era without going into great detail.”

When asked about writing about minority populations, such as the Japanese Americans interred during WWII, panelists agreed on very minimal use of offensive racist terms. Writers need to be realistic about the era being covered, while still recognizing twenty-first century sensibilities.

The panel surprised us by expressing a desire to have the vibrant group of Pacific Northwest novelists become as recognizable and distinct by region as the Southern writers, think Truman Capote or Harper Lee. I caught up with Libby later, and suggested us Inland Northwesters be included.

One thought on “Move Over, Southern Writers”