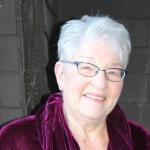 Angus ‘Mac’ Macrae balanced on the moving platform connecting the passenger car to the baggage car as the Great Northern Limited engine slowed for the steep grade going through the rail yard called Essex. He wanted to go through to check on his horse in the cattle car while the train moved slowly down the grade. To be honest, he was using his horse as an excuse to check on the payroll he knew was there. He pushed on the door. It didn’t want to open. The small inset window had splotches of something all over it, highly unusual for the fastidious Great Northern Railway. Mac applied his broad shoulder to push harder until the door was open enough to edge inside. The conductor followed on Mac’s heels even though Mac was the Pinkerton agent assigned to oversee the safety of the payroll.

Lanterns lined the windowless walls. Luggage and boxes had tumbled from the racks. Mac stepped forward, catching his foot on something. He looked down. It didn’t make sense. An arm? His mind struggled with what he was seeing. He moved luggage out of the way and lifted a tarp. The guard lay on his back, arms flung out. His face was a grayish white marble, his uniform stained red with the blood that had drained from the slice across his neck. Blood covered boxes and bags that surrounded the man. Dizziness threatened Mac’s equilibrium as he looked at the nightmare before him.

A whoosh at the other end of the car snagged Mac’s attention as cold air filled the space. The payroll. Mac feared it was no longer on the train. The conductor pulled the cord that would signal the engineer to stop the train and called to the brakeman in the next car. “Get help to the baggage car! See if there is a doctor on board!”

The dizziness fled as Mac fought his way over luggage toppled into the walkway to the open rear door. He heard hoofbeats and watched as two men on matching palomino horses galloped off into the densely wooded wilderness beyond the tracks. He called back to the conductor, “Help me get my horse off the train! I’m going to follow those two.” Follow the money!

Mac was after what those men had taken, although he wouldn’t have made such a mess nor would he have killed the guard. His methods were much more refined and would have been implemented in Seattle. His skill as a cat burglar had been honed in that city so he knew how to take what he wanted and either disappear in plain sight or make it seem someone else had done the stealing. With his Pinkerton identity he could follow and apprehend the thieves with no questions asked. After all, he really was a Pinkerton agent. They paid well, just not enough for him to pay his debt and retire from their service.

Once the train stopped, the conductor and brakeman lowered the ramp on the cattle car so Mac could lead his horse to the ground and go back to retrieve his saddle and saddlebags.

The conductor stopped him as he mounted. “What do I tell the authorities when I report the murder and theft? Where should they contact you? And do you have any idea who those men are?” He shifted from foot to foot.

Mac shook his head. “I have no idea who the men are or where they are going. Right now it seems they are headed south so that’s where I will go as well.” And if I retrieve the payroll, I might suddenly disappear.

Following was easier said than done. Essex had no amenities and there were no maps of what the conductor and brakeman on the train called ‘the wilderness’. And the wilderness was filled with towering mountains covered in snow even though spring had arrived in the valleys. Trees and brush made seeing any distance impossible, but the soil was soft–a bonus for tracking the two escaping thieves. It also gave Mac time to think. How did two saddled horses just happen to be there ready for a fast get-away? He hadn’t noticed anyone waiting and only the two rode away. Either they had help or they managed to board the train as it slowed coming down the grade. Well, he wasn’t the lawman to solve that mystery.

The peacefulness began to lull him into a sense of security, no one watching him, no enormous debt to repay. His parent’s ranch drifted into his mind. How could he not have known his father’s desperation those last years before his death? Three months remained before the bank foreclosed on the property. Just like that, the tension returned and the peace disappeared. He considered letting the bank have the property, but they told him he would still have to repay the debt. That didn’t seem right, so he struggled to pay even though much of the money he ‘earned’ was outside the law. If he missed a payment, he received a visit from an enforcer. That didn’t seem right either.

How in the world did I lose the trail? Mac dismounted and continued on foot toward what was sure to be a cliff rather than a trail. The train robbers couldn’t have chosen a better place to disappear. There were rugged peaks, waterfalls, grassy meadows, and lush forests from Essex to this place. He still didn’t see any sign of civilization and it had been three hard days. The trail had gone cold in a rocky area at least ten miles back. Fortunately the weather held the warmth of late spring that encouraged the growth of leaves and grass. The scenery was breathtaking.

And now he was hearing voices. Not a soul in sight.

“Help! Is anyone out there?”

Where was this person?

The voice seemed to be coming from the cliff. It turned to muttering as he drew closer. Definitely a female voice claiming she would kill her brother and give up doing ‘man things’ if she lived long enough. Mac wanted to laugh at the monologue. He peeked over the edge of the cliff. A woman was clinging to the rock face, arms quivering, forehead leaning against the rock. She wasn’t very far down, but the cliff face was shear and didn’t offer much in the way of hand and foot holds.

“Do you always talk to yourself?” Mac sucked in a breath when she almost lost her grip. He grabbed his rope and tied it to a nearby tree.

The woman didn’t look up. “Of course not! I was petitioning the Almighty for help. Did you come to help me or am I to fall to my death?”

Mac let the rope slither down alongside her. “Grab the rope! I’ll pull you up.”

Mariah Saunders almost lost her grip when the deep voice spoke to her. She knew her reply sounded peevish, but couldn’t the ridiculous man see she was in dire need of rescue? The nerve!

A bit of dirt fell on her face and she blinked rapidly to keep it out of her eyes, but they watered anyway. She glanced at the rope that had slithered down beside her. No way was she going to grab for that. “I can’t let go. I’ll fall.” Her voice didn’t want to cooperate, cracking and squeaking like a teenage boy.

Black cowboy boots, denim-clad legs, and a torso clad in a rather dirty white shirt and a leather vest shinnied down the rope. She closed her eyes. How humiliating! She opened her eyes and almost lost her grip again. She was way too close to a face covered with a dark beard and mustache, not to mention dirt. What was a pirate doing in the wilds of Montana? A pirate wearing a Stetson? With a funny badge on the band.

He grabbed her waist and hauled her up against his side even though she continued to cling precariously to the crevices that held her up. Her fingers were numb and bleeding since her brother had neglected to add gloves to his hiking instructions. Mariah thought she would faint. She had never been this close to a man other than her father. This man was all hard muscles and didn’t smell like her father either. Papa definitely couldn’t find out about this adventure. Mariah’s insides were all shivery.

“Let go and put your arms around my neck!” His voice sounded a bit breathless but still commanding.

“I’ll fall.” Mariah started to shake, the muscles in her arms radiating spasms to her shoulders.

His voice sounded wobbly as if he were struggling either to breathe or push out the words. Add embarrassment to the humiliation. She knew it! He was probably laughing at her.

Rocks and dirt were falling on her face and hair. Wonderful! Now she would look like him . . . except for the facial hair.

Mariah closed her eyes and let go, accidentally elbowing him in the chest as she searched for his neck. She was well aware of the struggle he was having getting them both up the cliff face. She just didn’t want to watch if she fell after all. It did feel good to be hugged so close . . . Wait! What was she thinking? The man was odious. And he was probably laughing at her. She should be outraged, not wanting to cuddle closer and cling tighter. Red climbed her cheeks and turned her ears red. She knew she was red because she had seen her face when she was embarrassed. Most of her friends turned a pretty pink when they blushed. Unfortunately, she looked like their cook when she had been slaving over a hot stove.

Mac didn’t speak as he launched the woman onto the dirt at the top of the cliff and crawled out after her. She was shaking too hard to stand, so he left her there to recover while he coiled his rope and tied it to his saddle. When he turned around, she had opened her eyes and watched him. He smiled at her, helped her to stand, and guided her to a boulder.

Her voice was just above a whisper. “Thank you for rescuing me.”

Was it Mac’s imagination or did she wrinkle her nose when she looked at him? It happened rather fast. Her features smoothed into the polite regard of a refined young lady. So if she was a refined young lady, what was she doing out here hanging over a cliff? Alone. Dressed like a boy.

“Well, little lady, you are welcome. May I ask your name, please?”

“Max,” she said through gritted teeth.

The little lady stuck her nose in the air. “My Papa wanted a boy, but got me instead.”

Mac tried hard not to laugh but couldn’t suppress the grin. “Do you have a last name to go with that?”

He couldn’t resist. “Your savior?” His guffaws filled the air. It felt good to laugh. ‘Max stood slowly. Perhaps he shouldn’t have laughed. The thunder clouds in her eyes turned her face stormy. Mac had considered getting to know a woman. He had always been afraid he would hurt the dainty little things. Well, they weren’t ‘things’, but he had never thought them to be interesting people. Until now.

Macrae’s Gold to be released November 2020